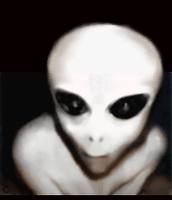 As I was writing a guest post for The Unlost 2 weeks ago, the irony of ME writing about Alien-Nation smacked me in the face.  Why’s that?

My number one pet peeve: Fake-a** people.
My number one flaw: Not being my real self the majority of the time.

A tad contradictory.  There’s the me who writes this (anonymous) blog, the me I send to work, the me who interacts with friends or family, and the me I am when I’m alone. Soooo….which me is the real me?  Any?!  All????  Won’t the real me PLEASE stand up…

Instead of being who I actually AM, I instead feel everyone else out to see who I’m dealing with.  Then, if anyone can pass my CRAZILY-high-standards-of-sincerity-test, I consider the possibility that I might not have to hide so much in front of this person.  Not right away, mind you (no chance of that), but WAAAAYYY down the line, after they have convinced me over and over that they aren’t harboring ulterior motives.  I pretend my little “screening process” is some sort of guarantee that said person won’t end up screwing me over.  And it doesn’t escape me that I’m requiring far more authenticity from others than I am offering of myself.

In some ways this is a commentary on my personal dysfunction, which I happily (happily?) own, but moreso it’s a commentary on our society’s dysfunction.  Because I didn’t get this way by accident.  Time and again, people showed me – in a hundred thousand ways, big and small – that my REAL self wasn’t welcome at the party.  That I was TOO serious-idealistic-intense-sarcastic-fill-in-the-blank.That I was insufficiently cool-mainstream-status-quo-upholding.  That something about me (namely…..ME) was unacceptable, and I was going to be punished if I didn’t cover it up.  You step one foot outside that box, and they will chop that f**ker right off.

And so, in order to even think about how I could not feel estranged from others, I have to get my head around how I became alienated from mySELF.  From the parts of myself that I disown, not just in the company of others, but in the privacy of my own being…the not-me that I, myself, reject.  We all have this dichotomy; it’s the human condition (though of course we are convinced otherwise).  What’s even worse than being unacceptable to others…is being ashamed of your own feelings, and the mask you hide behind.

But I think I finally figured out my M.O.

How I operate in life is "I" send my representative out to talk for me.  For demonstration's sake, let's call her Hobag, cuz I do hate the bitch, after all (plus, it’s just plain fun to say the word hobag).  Hobag is fake-me, whereas "I" am real-me.

As words come out of my mouth, I occasionally find myself asking, WHO is this talking?  It doesn't sound like me.  Do I sound fake as fu*k?  Cuz I sure FEEL fake as fu*k.

That's the best way I can describe what it’s like...as though I'm looking through a window into the world - out there - while "I" stay hidden deep inside.   I have thus solved the mystery of our Alien-Nation, for if I am disconnected from my SELF, how could I possibly feel connected to another human being?  How do I know that when I sit down with you, you're not sending your own hobag out to greet me?  It’s doubtful I’m ever talking to you at all!  Rather, MY representative is chatting it up with YOUR representative.

And so, in every instance where I feel threatened for some reason or another (loosely translated: every social encounter I have), out she goes.  Public speaking?  Get out there, Hobag.  Scary group situation?  Hobag.  Work consultation?  Ho.  Chat with my friend?  Sadly, probably her, too.  The nice thing about her is that she can do stuff “I” can’t. 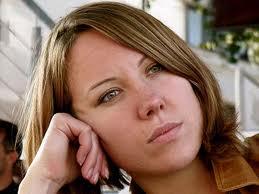 In complex psychological terms, the depersonalization of “feeling detached from, and as if one is an outside observer of, one's mental processes or body” falls under dissociation.  Whether we're daydreaming our workday away, numbing ourselves to deaden the emotions we don't dare allow to come out, or all-out fragmenting parts of ourselves, we all use this defense mechanism at some level.

What it tells me is that "I" feel soooo unsafe in the world that "I" can't bear to show up.

I form words, and I hear them coming out of my lips, but I don't feel like I'm really -there- saying them.

Sort of like I'm sitting off in the corner watching the encounter take place.  Despite the fact that I've become increasingly cognizant of the phenomenon, "I" don't seem able to shut Hobag up long enough for my real self to come out.

So here I am, a splintered human being, unable to assimilate all these different personas I’ve created just to get through life.  Our individual lack of integration is causing complete societal disintegration.

Do you have a representative (and what’s his/her name)?
Leave a comment or e-mail me:  downfromtheledge at yahoo dot com

Check out the follow-up post:
Alien-Nation, Part 2: Breaking the Habit of YOU

Posted by downfromtheledge at 6:50 PM