Is it better to have sucky friends, or no friends at all?

Right now I have a "chat" open on Facebook with a "friend" I have known for years, but never been all that close with.  I think I figured out why today.  It started with a feeling that I was asking-asking-asking too many questions; how's this?  How's that?  I just read through our entire interaction, which consists of me asking or commenting about something in her life.  At no point can I draw the conclusion that she is interested in anything going on in my life.  Not that there's much, but that's not the point!
I find this pattern often in my life, and it irritates me.  Part of me wants to personalize it and assume, damn, I am the boring-est person on the planet; no one ever asks me how I'M doing!  However, I've spent my life as an observer, and concluded that - for MOST people - that stupid Toby Keith song is overly on-target: "Wanna talk about ME wanna talk about -I- wanna talk about NUMBER ONE..."
And, really:  If I weren't so concerned about myself, I wouldn't feel so slighted...right?
I'm USED to my life being about other people.  I grew up being the family toilet, on which everyone else dumps their proverbial crap.  I know all too well the feeling of people taking all you have to give, and handing nothing back.  And I think I've written a time or two about how fed up I am with that role.  It's so entrenched in my personality (and my gender?) that I don't know how *not* to focus on what others need and want...and yet that little voice that asks, "What about me?" is not completely suffocated.  Yet.
So is it possible to be a giver and not attract takers?  Do takers ever stop sucking the life force out of you, and realize all you've done for them, suddenly overtaken with appreciation and a desire to return in kind?  Ummm....doubtful.  So how does the person who continually sets up this pattern change the dynamic of their relationships without changing their nature?  (That is, for those of us who aren't Mother Theresa, and don't give 100% selflessly.)
I have to recognize how I'm setting it up this way.  The fact that I hate talking about myself means I inherently choose to focus on others to deflect being the center of attention.  There are also a great many topics I'd rather not disclose on, so people probably learn quickly not to ask.  It's also difficult for people when you're not in a relationship - or seeking one - to withhold asking about your love life.  Everyone wants to know who you're dating, for how long, if you're getting married, then when, how many kids you'll have once you do, and so on till Kingdom Come.  So if that's not a focus in your life, they may feel at a loss as to what to talk to you about.  I get it.  Sometimes I wonder what I would ask myself about if I were anybody else. I could see how it might be difficult.  But there are also a thousand neutral subjects you can talk to any stranger about....if you choose to make an effort.
And so, because she is doing what the rest of humankind does every hour of every day, I will try not to fault my friend for her egotism.  If I start to think about all the ways in which (the few friends I have left) fail to give a sh*t about me, I'll get into the mentality I was in a few years ago.  I moved across the friggin' country because no one in my life seemed to give a crap that I existed.  I stopped speaking to people who never seemed to have the time of day for me, like they did for their married friends or their rich friends or their cool friends...or whatever magical quality I imagined those people possessing which made them a more appealing companion than me.
Because I can't *get* more from others, I try to *need* less.  And because it's really kind of impossible to need less than any other human being does, I settle for expecting less and squashing my own needs.  Or covering them up.  Or substituting things that really don't fill the void of what we're supposed to be getting from other people.
"I expect more, but I get less."  (Says my grandpa the other day, in the nursing home)
"Well, maybe you should try expecting less, and you'll get more!"  (Responds my dad)

Therein lies the answer to all life's problems, methinks.
Posted by downfromtheledge at 7:28 PM 5 comments:

Life is pain, and other life lessons from House.


It's not common for me to cry when I watch House, but something about that scene last Monday shook me in its familiarity.  I've had that rage for the greater part of four years.  Truly, you don't know what pain will do to you until it seizes hold of your life.

But what enrages House in this scene is not his own despair, rather the notion that his cancer-stricken best friend is entitled to resign himself to death.  Which begs the question, whose life is it?  Do we owe our suffering to the people around us, if it means they can keep us around for their own benefit?

There are certainly days (and weeks, and years) that I wasn't sticking around for my own sake, which implies that a part of me DOES feel obligated to endure my own circumstances to prevent the heartbreak of my loved ones.  Intellectually, however, I'm not sure that we owe anybody anything.

The show's upcoming termination sucks.  Our society needed his character.  The endless drip of self-affirmative "Think Positive" -esque books and shows and slogans has dulled us into fake-a** shells.  Seems kind of backwards that ultra-positivity is cultivating sickness.  We don't even know WHAT we feel anymore, because we're not ALLOWED to feel it.  Give me some cynicism, sarcasm, and pessimism any day over plastered-on smiles.

I remember when Jon Stewart had Barbara Ehrenreich on The Daily Show to discuss her book, "Bright-Sided: How the Relentless Promotion of Positive Thinking Has Undermined America."  Ehrenreich scoffs at how you can't even get away with 'negativity' if you have cancer ... it's so true!  People will demand hope of you, with an insistence that you don't wallow, but rather remain ever-optimistic, with a mind-over-matter mentality.  So really, your average, ordinary breed of daily whining is intolerable.

Welcome Back to Society 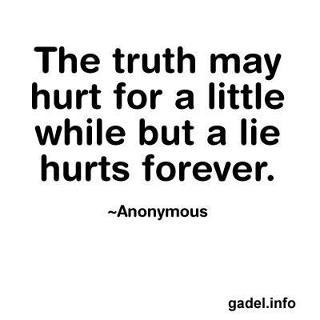 No one really welcomes you back or asks why you've been gone so long.  But here I am, a functioning member of the human race.  Working.  Helping people.  Going to meetings and trainings and all that crap that makes one feel, "Ooh, I'm a professional."  It's true.  Just tell someone, "I have to go to a meeting" and you will instantly feel smug and important.
-Professional- now there's something I haven't felt like in a long time...I just don't think there's anything like having a Master's degree and working temp jobs (or retail or sales) to make a person feel sh*tty about themselves.  You can tell someone till you're both blue in the face that happiness comes from the INside, and that you mustn't let external circumstances affect the way you feel about yourself.  Well, go ahead and test the theory.  Demean yourself to work at a crappy junk-pay job and try to think only positive things about your life and your future.  Try being just as proud to tell people where you work, and remember not to worry about what other people think.  Isn't that kind of a ridiculous expectation, anyway?  If you're really so insulated from the opinions of others, you might be a sociopath.  But I digress.

The point is, it was a long time coming.  4 years + 4 months, to be precise.  So if you were to ask what depression has cost me, it would have to be all that time.  All the wasted time.  Time in which I just couldn't get it together.  And yes, I get up by my alarm and I exercise and I do my hair and I brush my teeth and I go to work and I don't call in; things I haven't managed to do in all this time. Or maybe some of those things in one day but not all of them every day. I don't know how it became so hard or why it did, or even why it's not as hard now.  Which brings me to the conundrum of explanations.

I have a chunk of my life I can't really explain. If I could think of a great little [err...BIG] lie that would tie it all up in a nice pretty bow, that would just be really effing awesome.  But people ask random questions I'm not prepared for, and I suck at spontaneous answers.  I don't want to tell people about a past I wish didn't exist, or about friends that I USED to have, or relationships I used to be in.  And since I didn't just materialize out of thin air, people want to know stuff about me.  I'm sick of lying; I hate it.  It traps me in my past, feeling sucky about myself, because I don't even have a story to tell to cover up this mess.  For it to be "NEAT" it would have to be a great big whopper that explains all the contingencies.  So I tell little lies that keep me as close to the truth as possible, and avoid getting into any details.

I think I'm just angry that, even when I overcome it, I don't really.  It's a stain on my life that won't wash out.  I've tried OxyClean and everything.

"The truth may hurt for a little while, but a lie hurts forever."

Oh, what a tangled web we weave.
Posted by downfromtheledge at 5:51 PM 4 comments: