Tomorrow the relatives will all be at my parents’ house, and instead of avoiding the Christmas Eve charade as I’d planned, I’ll wear my fake smile and pretend I give a sh*t about all these people that have never given a damn about me.  Like Thanksgiving, my dad won’t be there, so reality’s creeping in.

I’m in a sour mood.  I didn’t anticipate this year being difficult as far as holidays go, because I’ve been feeling a little more even-keeled over all.  But then, I didn’t anticipate having to listen to my parents argue out the final details of the divorce settlement right before Christmas.  I thought this year I’d finally have a job and not have to feel like a failure once again when people ask what I’ve been up to.  I’m so sick of feeling like a loser.  Or else I’m sick of *being* a loser; one of the two.

Then there are the things you have no control over, like dreams about the past, and old memories creeping in.  Somehow the old pain flares up, like scar tissue that never quite healed right.  I try not to ponder too long on the happiness people from my past are experiencing in their lives; new babies and families that are celebrating instead of breaking apart.

Even still, the past hurts me.  The fact that my life fell apart over the holidays has hung over every Thanksgiving and Christmas since.  It’s easy to say that one shouldn’t allow things from so long ago to ruin the present, and I believe that if I were more satisfied with my current life I might have an easier time keeping the sadness out.  Instead, it’s one more unhappy year.  Maybe not quite as miserable as the few before, but gloomy nonetheless.

To top it off, my hip pain has really been flaring up, and I don’t know when I might be able to get insurance next.  Will life always be about coping with, and overcoming, and pulling through, and never about living?  I just want to be put into a drug-induced coma.  Srsly.

Posted by downfromtheledge at 11:20 PM 3 comments:

Suicide: What’s It About?

I mean, fundamentally, what does it come down to?
Sometimes I think suicide is about pain.  The too much, never-ending, all-encompassing pain of existence.  The kind that wrenches you from the inside out.
Or it could be escape.  Maybe we just need a way out when we’re out of options.  Sometimes all the options suck, and it’s truly the lesser of the evils.  Sometimes we’re too paralyzed with indecision to even*pick* an option.  Or there are so many options we don’t want the responsibility of being forced to choose one, and then live with the consequences.
What about love?  Maybe it’s a lack of love.  Love from others.  From family.  Love for our own self.  Like Matchbox Twenty, “I don’t know if I’ve ever been really loved ... by a hand that’s touched me.”  And I feel like something should have given by now.  And I’m more than a little bit angry.  I spent seven years in a relationship that was more dysfunction than love.  It wasted my time, my life, my .... goodness?  The part of me that believed in the grander meaning of love, the goodness of people; not the fairytale ending, mind you: I’ve never bought into that.  But there’s a certain kind of lasting spiritual connection to another human being I used to believe in, which got trampled along the way.
So then maybe it’s anger.  I’m so angry at the people in my past, my present, and probably my damn future that I can’t stand myself sometimes.  I’m angry at life for all the things it could be, but is not.  I’m angry either AT God or that I don’t believe in God, one of the two.
Religion, then?  A lack of faith in anything or anyone?  The fact that everything I’ve ever trusted in has left me despairing? Religion, after all, is “ultimate” in our lives, so perhaps it’s the *ultimate* disappointment, the overarching emptiness, the aching whole in life that I have no way to fill.
Other times, I think it’s about needs that will never be met.  And I’m not talking about food, shelter or water – although sometimes the mere act of trying to survive is enough to take us out – but also human needs.  Affection.  Companionship.  Trust.  Security.  Sometimes I ask myself what I will do if I never experience these things again.  If no one ever hugs me or holds me or stands by me.  More importantly, what if I never have sex again?  I’m not effing kidding here, I miss it.  What if neither the grand nor base pleasures of life come my way again; is a world without joy a place worth staying?
It might just be the struggle.  On days like today, my being wants there to be a foreseeable end to this sensation that I’m trying to run through water.  I’m tired.  I’m just sooo, soo tired of trying.  And failing.  And flailing.  And having to try again.  It feels as though, at any given moment, one more try will be too much to bear.
Maybe it’s all these things.  Maybe it’s about being human.  Maybe it’s far more universal a concept than we’re led to believe in our shame-ridden society.  Maybe it’s the knowing that I’m not alone in all these feelings, yet being unable to connect to anyone in any profound, meaningful way.  So many things well up inside with no outlet; despair ensues.
Alienation, then?  The outsider to life, always looking in, wondering how the others are making it?
Posted by downfromtheledge at 10:59 PM 5 comments:

Merry Christmas: The Divorce is Final 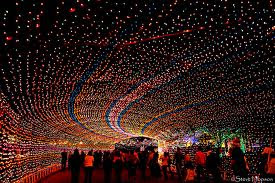 With less than a week left ‘till Christmas, my parents are traipsing into their respective divorce lawyers’ offices today to make it official: their marriage is over.  After a year and 9 months of the back-and-forth, could it really not have waited a couple more days, I ask?  As much as I wanted the whole thing to be over with, having the reality slap you in the face in the midst of this “joyous” time of year is just too much for anyone involved....my parents, my sister and me, the grandkids.

The timing makes the irony of our holiday plans all the more ironic: all of my dad's relatives will be at the house, but my dad won't.  This will be the first in a series of awkward holidays, tinged with the bitter sadness of what is missing.

No one tells you how to deal with this as an adult.  There are a thousand books for little kids who have parents that are splitting up, and for grown-ups who survived divorce as kids.  But for those of us whose parents have been married for 20-, 30-, 40-odd years ... where’s the manual?  How do I keep this from feeding right into my cynical outlook on life and love?  Where do I look to see the plausibility of a happy ever after?

It’s gonna be a holly, jolly Christmas: that’s for sure.

Posted by downfromtheledge at 5:46 PM No comments:

Six Weeks, Two Days, Three and a Half Hours

Doesn’t sound like a very long time, does it? Well, it’s the longest I’ve lasted at any job in the past 4 years. Woohoo for the personal record I set there, bummer that I had to stick the punctuation mark at the end of that sentence today. I wanted it to work out. Desperately. But given my history with sales focused jobs, the writing was on the wall from the beginning.

Nonetheless, I accomplished a few small feats in the short weeks I was able to remain gainfully employed . . . pretend you’re impressed:

1. I arrived early to work every single day. Sometimes by 15 minutes! I realize other grown-ups do not consider this a marvel because they are on time to their jobs every single day. As a perpetually-5-minutes-late person, however, this goes down as a bloody effing miracle in my book. And no, I’m not English.

2. I (almost) secured a full-time position with benefits . . . if I would’ve met the metrics required to last beyond the probationary period, that is. The only other time that’s happened these past 4 years was when I got hired to sell gym memberships. Lasted one day at that.

3. I functioned as a semi-normal human being for the entire duration. I showered daily, put on makeup, and did my hair. I packed a lunch, ran errands, did chores when I got home, and carried out the mundane tasks of living. Again, not a grand triumph unless you barely leave the house. Brushed my teeth twice a day even, how do ya like that?

4. I socialized both in- and outside of work and was only a grouchy introvert a small portion of the time. In fact, I made a few friends and found it could be plausible that I am an acceptable human being. I went out for (3) drinks and pushed through my feelings of being a pathetic loser while surrounded by blackout-drunk coworkers who seemed to be just getting started as I was cashing in for the night. I stayed past what was comfortable, so at least I stretched outside of my box even if I’ll never fit in with my peers.

So I rejoined the land of the living. For a brief spell, at least. Built up some momentum. Now it’s time to hunker down, fill out a thousand online job apps again and pray to high heaven I don’t fall back into severe malfunction.
Posted by downfromtheledge at 9:07 PM 2 comments: