This evening I commented on a post from my kindred spirit Suzanne of The Invisible Prison on the topic of "Shame and Setbacks." As usual with Suzanne's posts, I felt like she had somehow gotten into my head and was writing down everything I think and feel on a daily basis while fighting not to succumb to the weight of wanting to just give up.

Depression assassinates your former self, and substitutes an imposter that might look a bit like the old you (though admittedly less well-groomed), yet bears little resemblance to the person you once were. What remains is a sham of an excuse for a human being. A fraud. And it's hard to feel proud of being THAT.

Nearly a year ago, I divided a paper into 2 columns entitled "Who I Used To Be" and "Who I am Now" (give it a rest you cognitive behaviorists ... I know those headings are misnomers & that who I AM has not fundamentally changed). It was hard to swallow. Self-loathing oozed from my pores. What I was looking at was the result of internalizing the hatred and cruelty of others. My new "characteristics" seemed to scream, "If everyone is going to treat me like a worthless piece of garbage not worthy of respect...I may as well become it!!" 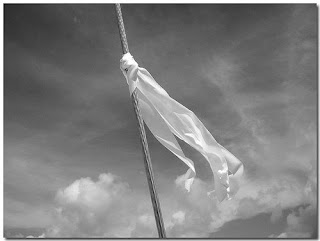 My full comment as posted under "Shame and Setbacks:"

"i - literally - can't even tell u how much i relate to everything u wrote, ESPECIALLY paragraph #4. i get SOOOO ashamed and disgusted with myself, i regret any commitment i make when i'm feeling a little better, because inevitably the time comes and i just don't want to go out and be a member of the human race.

what i hate most: this is the complete opposite of the person i used to be. the dependable, responsible one. the one you can count on. now, i don't want anybody to count on me for anything, or i will disappoint them AND myself.

grief/loss on top of depression is what put me over the top 3 years ago.

ur right, it all becomes one and the same; a big blur of pain.

i'm filled with fear at the moment, because i accepted a job the other day. just a part-time seasonal gig. it's the only interview i've made it to recently; the others have been no-shows and, like u, i just can't even deal with how bad i am making myself look so i usually don't cancel. i end relationships because i feel like all i do is let people down. i HATE this. i hate myself for being like this. anyway, i am afraid i can't even handle this dumb job or the possibility that - once again - i won't make it out of bed in the morning to get there and the self-loathing will overflow once again...

grief is misery; sometimes u gotta just lean into the pain instead of resisting it because "What we resist persists." eventually, if we're lucky, we come out the other side...

it is hard to try and show yourself the same compassion that you would extend any other person in your situation. i mean, really: ARE u a horrible person? do u deserve what ur going through? i can think of some pretty terrible people, and i doubt u fall into that category."

Hatred is a strong sentiment, after all. To wind up in the category of people so despicable as to deserve hatred is really quite reprehensible. I feel ashamed. Not just of things I have done, but of who I am. My very being.

"I will go down with this ship
And I won't put my hands up and surrender
There will be no white flag above my door
I'm in love and always will be"
Posted by downfromtheledge at 12:45 AM